Cavemen Teeth: A Tour of Kents Cavern and Torquay Museum 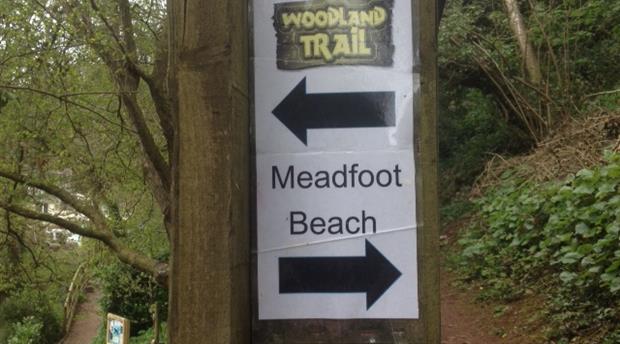 Just over an hour after boarding Stagecoach bus from App for Devon’s home near South Brent, Devon, I bound off the bus into Torquay’s deceptively bright sunshine. Thank goodness I’ll be inside warm Kents Cavern all day, I think. Although there are three buses available to cart visitors up the long hill from Debenhams’s bus station on Torquay pier to Kents Cavern, I decide to take the scenic walking route. Kents Cavern is a cave system in Devon revered by tourists as being an all-weather attraction mingled among others in the English Riviera. It’s also a haven for rock-and-history buffs as a Site of Special Scientific Interest and a Scheduled Ancient Monument. This highest level of protection is only reserved for such really old, really unique entities like Stonehenge. Totally new to the caves scene, I’ve long wondered about this App for Devon Premium member. So I was delighted when James Hull, savvy marketing manager of 12 years, invited me for a press trip.

After passing rows of guest houses perched on Torquay’s hills, I find myself walking past Torquay Museum. I hadn’t realized the gallery is so close to Kents Cavern, and while I’ve got a date with a caveman, I hope the museum may stay open late enough for me to stop by on my return. Introducing myself to museum coordinators Nathalie and Amy, I explain that I’m headed to Kents. “Well, you know we have the jawbone?” they say. I stare at them blankly. “What jawbone?”

“Arguably the most important thing found at Kents Cavern is the 45,000 year-old human jawbone,” they explain. “It’s the oldest piece of human remains in Western Europe.” I am re-assured that a model of the bone is available at Kents Cavern but my curiosity has piqued. Luckily, the museum doesn’t close until 4PM so I have ample time to witness this famous jawbone first-hand.

Less than twenty minutes later I walk through the open picnic table entrance to Kents Cavern. It’s located in a pleasant Torquay neighbourhood with a few shops, cafes, and restaurants. James greets me with a smile and introduces me to Steve, my guide for the roughly hour-long tour. Steve first became a Kents Cavern employee as a member of the ghost tour shows hosted nearly nightly during summer months. Looking at the bespectacled, grinning, pierced Steve, I can see why he might have been a fantastic ghost guide.

Steve brings us into the entryway of the caverns, the vestibule, where he dims the lights and plays a recorded overview of the museum. The speaker explains that 2.5 million years of human activity can be traced within its walls and many eons of animals (mammoths, hyenas, and bears were regular visitors). Then we begin the real tour. Steve explains that every tour is a little different depending on the guide. “Some guides know more about the history, some about the rocks,” he explains. Steve is particularly fond of pointing out the images formed in the rocks by “slow growth formation,” microscopic deposits of dripping calcium that line the cave’s walls. He shows us “Mythos,” a rock that looks like a Greek God. Archaeologists found artefacts below, leading scientists to believe that Romans might have worshipped here. He points out a “giant” named Rocky and his pet “dragon,” detailing an ancient myth about the supposed cave-dwellers. The best part is when he shows us a “table covered in a feast.”

“It even has a cake,” using his torch to highlight a rock cave. “In fact, that’s my wedding cake.” I gawk, as do my tour companions (two ladies from the Midlands). “This is where I proposed to my wife,” he laughs. “It’s also where we are hosting our wedding next Valentine’s Day.” The ladies and I swoon. How oddly romantic!

Steve ushers us through different rooms in the caverns, showing great environmental and economical consciousness as he turns out the lights behind us. It’s colder in the caves than I expected; I can’t imagine how cold it must feel in the utter darkness behind us. My favourite room is the Bear Cave, where scientists discovered the remains of 200 hibernating bears. Steve tells us this was also a ceremonial cave for ancient civilizations. “Now, I am going to switch off the lights,” he warns. The minute he does so my compatriots break into nervous giggles; I am absolutely astounded. “Put your hand directly in front of your face,” he instructs. I can’t see my hand. I touch my nose. Yes, my hand is there. Then Steve lights a match, used to spark a sort of seashell candle. “People used to pack seashells with a mixture of moss, wax, and grass. These shells have been found all over the cave. They are bright, as you can see, but only last one hour. They left quickly after using the space for coming-of-age ceremonies and worship. Bears and hyenas might appear at any time. It was dangerous.” I shiver, part wishing that I was a cavewoman with a shell in-hand and part wishing for a warm bowl of soup and a good book about cavemen with shells in-hand.

Our tour draws to a close soon after the Bear Cave. It ends in a museum-style underground exhibit. It’s here that we’re introduced to explorers of Kents past, from monks to the infamous explorer Pengelly. I head to the café and discover that I am in luck: The café serves warm soup. I pick up the “Cavog’s Riddle Quest” brochure intended for children. As I dip crusty bread into my soup I read about Stone Age life. This is much better than actually being a cavewoman, I think, tilting my head toward the spring sunshine coming in the windows.

Interested in creating greater connection with Torquay as a UNESCO Geopark, Kents Cavern has totally updated its Woodland Trail, an outdoor walking exhibit that details how caveman and animals used caves only as one part of their daily existence. Medicinal herbs, hunting practices, nomadic pastimes, and fun facts are presented on signs and in special presentations along the outdoor walking trail. After being in the cave for an hour, the fragrant spring air and meandering path are welcome ways to finish the day.

Kents Cavern tour and walk along the Woodland Trail complete, I bound downhill to finish my day in Torquay at the museum. During our tour Steve explained that the bone is linked a cavebloke aged 15-20 years-old. “Unfortunately, he didn’t go out so well,” Steve dictated. “We can tell from the remains that he was eaten by hyenas. Mind you, hyenas at that time were as large as African lions.” As Nathalie takes me up smooth wooden stairs to the poor caveman’s jawbone display, she explains that Torquay Museum is 170 years old. It was built by a crew of rambunctious international explorers, friends of Pengelly’s. One of them, Percy, is the inspiration for Indiana Jones. After picking up odd wonders from across the globe, the collectors realized they needed somewhere to store their treasures. Benevolently, they decided the items should be shared with us less-travelled masses. Torquay Museum was born.

When we arrive to the ancient jawbone display I feel slightly dejected. Three tiny teeth poke out of a sliver of bone, balanced on a toothpick-like contraption under glass. “Yah…it’s a little bit of a let-down,” Nathalie laughs. “But we do have the actual dentures of Pengelly. Want to see those?” Nodding vigorously, I let Nathalie lead the way. While I didn’t expect a day exploring caves to become a day exploring teeth, I love where it’s gone.

For more information on Torquay Museum and Kents Cavern, visit the App for Devon under “Attractions,” “Torquay,” and “What’s On.”